French Oysters – Fischen
French Oysters
Among oysters from all around the world, French oysters are best known for its flavourful taste. This delightful delicacy is cultivated with great dedication and treated with care at each step, ensuring each oyster is fleshy and delivers all the flavours of the ocean. Not only it has a unique taste of ocean freshness, but also always being sought after for its nutty taste.
Producing area and cultivation

Each farmer has his own way of cultivation. Take Huitres Helie oyster farm in Saint-Vaast-La-Hougue as example, oyster farmer Xavier places the oyster seedlings in cage, giving them protection in the open water and securing them from floating away. The oysters are then being struck every day for 3 to 4 years by the strong sea currents until they are grown enough to be put in a purifying pond before packaging.

Cupped oyster (huitre creuse) is a species that originated from the Pacific Ocean. In the 70s, French farmers brought in the farming techniques and optimized the process and now, huitres creueses it the most commonly found species, taking up 90% of the French oyster market. Oyster cultivation requires high dedication and skills, one oyster lost is one less oyster a farmer can sell for income. Therefore, oyster growers would invest in integrating farming procedures to cultivate oysters that have high meat ratio – Speciale oysters.

Huitres plate is the renowned flat oyster, commonly known as the European flat oyster Belon. They can only be called Belon if it comes from the particular river (Belon river) in Brittany, usually finished in special walled ponds (claires), in the clear waters of Belon river, a process the French called “affinage”. Distinct from the commonly found Rock oysters, true Belon oysters are flat and round, with a strong flavor reminiscent of brine and an intense copper finish. The best months to taste this rare gem are between September to March, don’t forget to grab the limited opportunity! 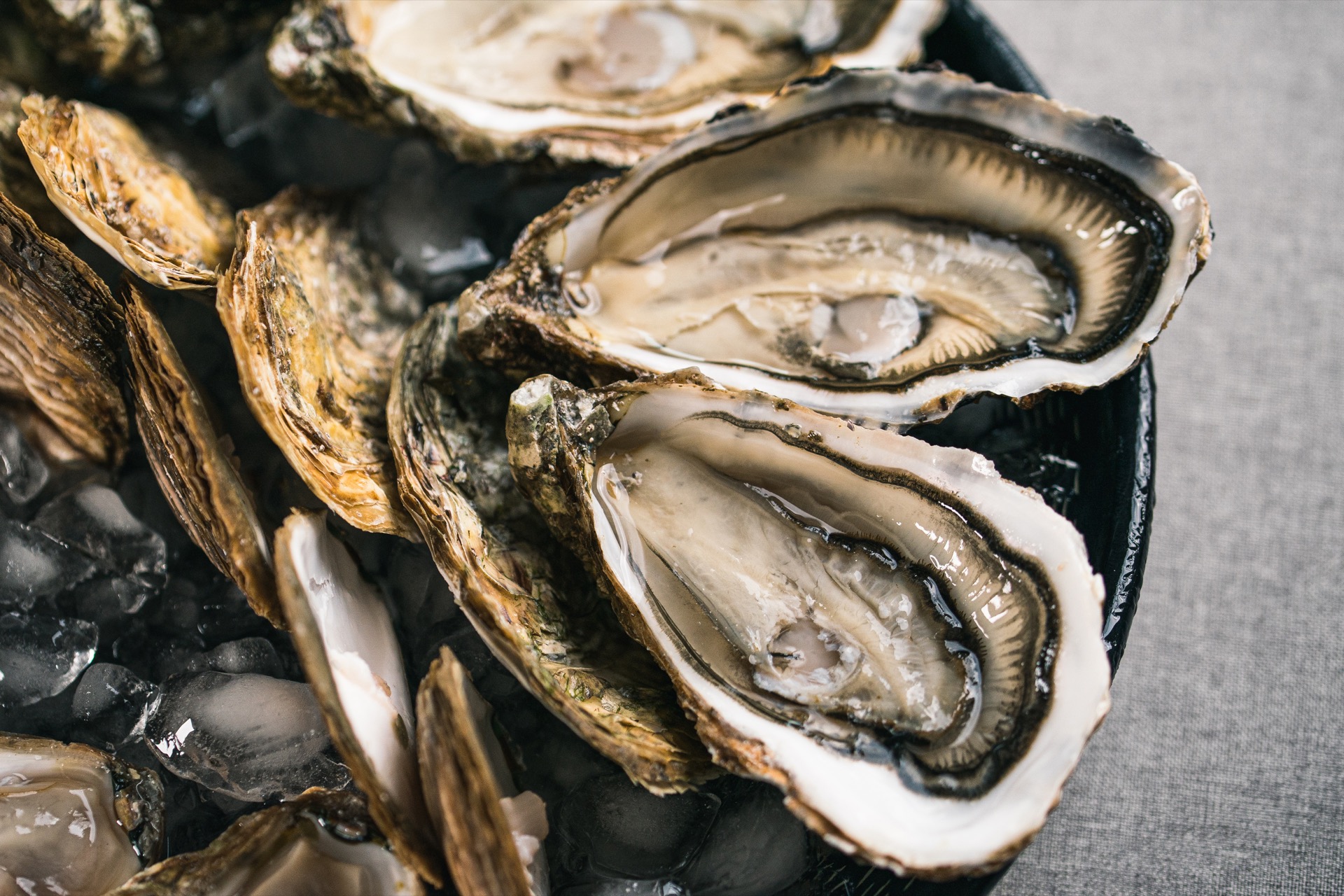 Oysters by Fischen
Weekly flight cargo from Paris – we take every steps very seriously, from storage, to delivery, we make sure the safest and most hygiene handling!
– Price and quality guarantee
– Shucking gear (knife & gloves)
– Pre-shuck service at $50/ 12pcs