Blue Lobster - Fischen
Blue Lobster
French Blue Lobster (Homard Breton) is fished along the Brittany coasts in the Northwest of France and got its name from its glamorous blue color of its shell. Among all lobsters species, blue lobster goes through 30-35 times of shelling and an average of 7-8 years to grow until 2 pounds. Its unique flavor and firm texture makes it a gastronomic delight to all palates of seafood lovers and definitely an ingredient that gives different chefs room for creativity in the kitchen.
American lobster or European blue lobster?

Among the commonly seen lobster species, there are two main categories. Langoustines are saltwater crustaceans that looks like crayfish, they are also commonly found in local seafood restaurants. However, homard has a pair of distinguishably large claws, namely European and American lobsters.

Although European and American lobster look aesthetically similar, US (Canadian) lobsters are much cheaper and less popular as the European lobster with a firm and delicate taste takes long time to moult and grow, making them extremely valuable and precious. The bigger the blue lobster in size, the higher the meat ratio and the more valuable it is. 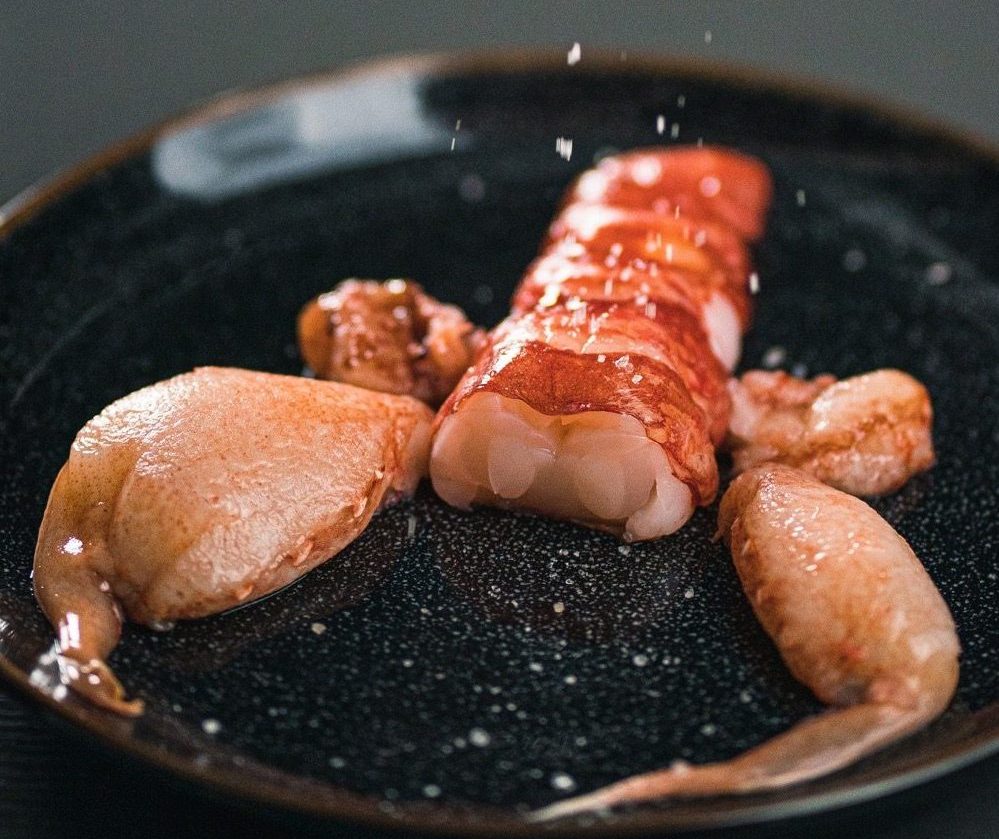 Thanks to the High Pressure Processing technology, the live lobsters are unshelled under the compressing pressure to break the bond of the connective tissue and meat to the external, then in a CO2 freezing tunnel, the lobster meat is vacuum-packed raw and complete.

Our deshelled lobster meat is sashimi grade, can be eaten raw or lightly pan-seared.